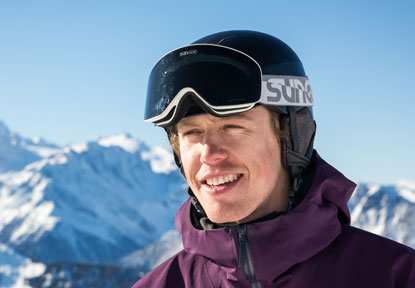 Whether it’s summer or winter, Jack has always has an absolute passion for the outdoors. His love of exploring has taken him all over the world ski teaching, ski touring, climbing and generally being athletic.

But after a few winters away from Verbier as a professional triathlete (yes, he really is / was) Jack decided he needed to get back to the mountains and spend his time skiing and climbing up things instead. So after hours spent in the pool, on the bike and on the track, he’s finally back doing the sport he couldn’t live without…

“The Nendaz pistes – when there’s no one on it then it’s amazing. And also Le Fou, it’s a bit of an effort to get to but no tracks, north facing – always good snow.”

WHERE’S YOUR FAVOURITE PLACE FOR APRES?

“Vinabagnes. Perfect for a chilled out drink after skiing. Try the Chouffe…”

WHAT’S YOUR BEST TIP FOR A HOLIDAY IN VERBIER?

“Pack some local cheese, sausage and bread for a picnic – and don’t forget the knife.”

BACK TO THE TEAM