Changes to Covid rules in Switzerland

Yesterday and today have been busy (and tense) days for news on skiing.

As a result we have some big news for Verbier – as well as for all Swiss ski resorts.

So we wanted to update you and let you know what’s really happening.

THE SITUATION UNTIL NOW

At the end of October the Cantonal Authorities announced a type of circuit-breaker in the Valais region. There were already nation-wide restrictions which were less intense.

That meant that in addition to the national restrictions, Valais adopted extra measures to drive down cases and reduce pressure on hospitals.

The measures were basically closing bars and restaurant and limiting the size of any gathering to ten people.

This circuit-breaker was supposed to just be for November, but it was extended by two weeks into mid December.

The Swiss have been under a lot of pressure from other alpine nations to close the Swiss resorts that have already opened – like Verbier – and to stop other resorts opening at all.

The Swiss have pointed out that their measures are working, their rates are dropping and they have the right to making their own decisions based on their own situation.

But there has also been internal Swiss pressure to close resorts – without giving them chance they can prove they can open safely (which is precisely what they have already been doing, although admittedly on a smaller scale).

The great news is that the Swiss Federal Council agreed today to keep lifts rolling – after a lot of intense debate.

The extra measures have also had a big impact in Covid cases in Valais and we have seen case rates nearly halving every two weeks in Valais. So the regional government is cautious but confident too.

For example the reduction of cases in the past 14 days was down 41% on the previous two weeks in Valais.

In the whole of Switzerland the reduction was 21%, so Valais is doing really well.

As a result the Valais extra measures are being removed and we are returning to the lighter-touch Federal rules.

WHAT DOES THIS MEAN IN VERBIER?

It’s very simple: things are going to open more and become more normal, but the safety measures will be in place to make sure everyone stays safe in resort and on the hill.

Lifts were already open – so no major changes. They will simply need to stay open by following the Federal health guidelines.

Federal rules for ski resorts haven’t been increased very much today and the key changes are:

• No restrictions on the number of lift passes sold

• Entry to mountain restaurants only if there is a table available

The hospitality sector is opening again and returning to the measures that were in place before the circuit-break.

• Wearing masks when walking around, but not when seated

• A maximum of four at a table unless it’s a family group. So parents sitting with children is ok

• You can sit at the bar but you must be seated and 1.5 meters from other clients

• Nightclubs are to remain closed

• No gatherings of over 15 in public spaces

• No demonstrations of over 50

• No gatherings of over 10 in private

SO WHAT’S THE RESULT?

We can keep skiing – as long as everyone follows the simple rules.

There are a few more measures in place now, but essentially these new rules represent big changes if you are planning a ski holiday or if you live in Verbier.

Mix the changes with the excellent adherence to rules by the population here as well as the new sensible quarantine rules and (contrary to a few media reports) Switzerland is open for business and ready to help people enjoy skiing safely again.

On top of all that there have been heavy snow falls with more to come, so the mountain is open full time from the 5th December.

Changes to Covid rules in Switzerland

Snow in Verbier and great views from Marmotte 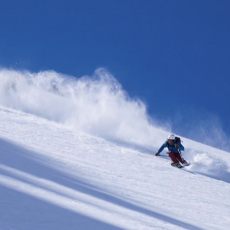 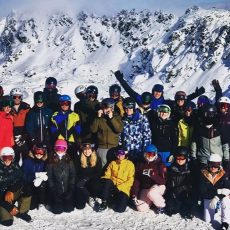 An update from a very snowy Verbier