As the Covid rules have continued to shift there has been a feeling that – for travel as well as normal day-to-day life – we are in a weird Groundhog Day.

But there is good news on the horizon.

It actually takes two forms – one is the news announced this week and one is the ongoing success of the Swiss Covid vaccination plan.

After a slow start and some distinct criticism of the Swiss vaccine roll-out, we have seen a massive increase in vaccinations.

However over 50% of the doses administered have been in the last 6 weeks, so the roll out has really gathered pace.

This means that cases are tumbling across the country and hospitalisations have massively reduced.

Meanwhile the Vaccine Certificate was launched on June 7th and is going to be available to the whole population by the end of the month.

The picture is an encouraging one and should see Switzerland removed from the red and amber lists of many countries very, very soon.

Restrictions are already much lighter for countries in the EU and in the Schengen Area – as you would expect – but these are set to be reduced further.

But for third nations – which includes the UK now – the limits have been significant until now.

However, there has also been the added complication of the Variants of Concern on top of normal quarantines. So the Alpha, Beta and Delta variants that have been worrying the doctors and scientists.

As these seem to be defeated by the vaccine the Swiss are basically delivering two doses of good news.

First if you have proof of vaccination you could travel to Switzerland and avoid quarantine upon arrival.

Plus, even if you are arriving from a country with a Variant of Concern, you can still enter Switzerland with no additional issues if you have been vaccinated.

This means people arriving from the following countries won’t have restrictions as long as they are vaccinated:

We know that the concept of a vaccine passport has been controversial, but the simple fact is that if it’s implemented then it will have a huge impact on the potential to travel and, of course, ski next winter.

You can read a bit more here about the details.

But it’s really good news and if they deliver the new bypass for people fully vaccinated, it’s a massive step towards normality – and a move that reinforces our belief that skiing holidays will be back on next winter – and we look forward to seeing you in Verbier… 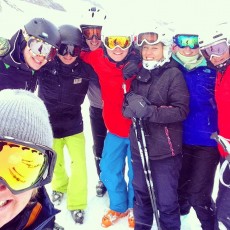